Why is it important to consider public acceptance of hydropower?

How to measure public acceptance?

Existing acceptance studies at a national level show that European citizens overall have a positive attitude towards renewable energies (RE). However, social scientists observed that the acceptance of specific RE projects on the local level is a different issue. While individuals may support the general idea of clean and renewable energy, they often oppose to the implementation of RE technologies in the area where they live. This was often referred to as the “Not-In-MY-Backyard (NIMBY)” syndrome.

It needs to be considered that local residents are the ones that are affected most by the construction and operation of hydropower facilities. Regional effects include, for example, changes in the landscape, the occupation of land (which hence cannot be used for other purposes) as well as negative effects on species and habitats. Apart from that, research also indicates that an individual’s strong emotional attachment to a place can lead to resistance against changes caused by hydropower development or modernisation. In case the individual perceives the project as an opportunity for the region, this place attachment can also lead to strong support.

As part of the FIThydro research, we reviewed the available literature on public perception of hydropower in Europe. We found that various factors or issues influence how people perceive hydropower solutions in their region, as presented in figure 1.

In summary, high support for hydropower among a country’s or region’s population does not guarantee acceptance at the local level. Useful acceptance studies need to be conducted on a case-by-case basis with the local population, considering multiple factors that may influence acceptance. In particular, the characteristics of the specific hydropower project need to be taken into account (e.g. siting, ownership or opportunities for public participation). In addition, we recommend conducting acceptance studies early in the planning process.

Measuring acceptance by means of Q-methodology 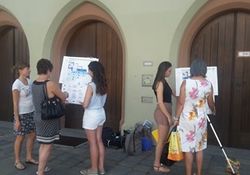 Figure 2: Field survey in the town centre of Landshut, Germany in summer 2018. 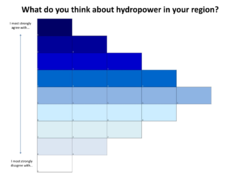 In FIThydro, we applied Q-methodology. This social science method offers a systematic approach to measure subjective opinions. We used it to identify public perceptions and preferences on hydropower in selected European case study towns.

The Q-method is a mixed method, i.e. it combines the collection and analysis of both qualitative and quantitative data. Its key component is a ranking-exercise: participants sort a given number of pre-defined opinion statements according to their personal preferences. The rankings of each individual are then statistically analysed by means of factor analysis.

For the FIThydro acceptance study, we first reviewed the available literature and conducted expert interviews. Based on the gathered information, we created a set of statements that overall present a broad spectrum of views on hydropower. This included different attitudes towards the six factors mentioned above.

Next, we conducted our field survey in central, public places of the four case study towns (e.g. markets, malls, libraries, parks). We randomly selected respondents and asked them to participate. Each respondent ranked the prepared 25 statements on a template with 25 free spots, the so-called Q-Board (see figure 3). To be able to conduct the survey outdoors, we printed the Q-Board on posters and laminated them to be waterproof. The statements were printed on cards and also laminated. The use of Velcro enabled the respondents to pin the cards and re-arrange them as needed.

In the analysis, we only included local residents, who live in the respective districts. In total, 257 individuals were included in the analysis. For the statistical analysis of the data, we used the Q-method package in R.

Other ways to measure acceptance

While the Q-methodology is a robust scientific research method and unveils subjective opinions of the respondents, its drawback is that it is very time-consuming and labour-intensive. We therefore recommend Q-methodology when a team of researchers is available that accompanies the process of hydropower development. If hydropower companies, planners or other practitioners plan to carry out an acceptance study themselves, other methods might be more suitable. Ways to assess public acceptance include, for example, classical surveys (by means of questionnaires), interviews or focus group discussions. As acceptance is subjective, we recommend combining quantitative and qualitative survey methods. For example, one could combine a standardised questionnaire with interviews that contain open questions; or present the survey results in a workshop that allows the respondents to discuss the findings.

Some insights from the FIThydro acceptance analysis 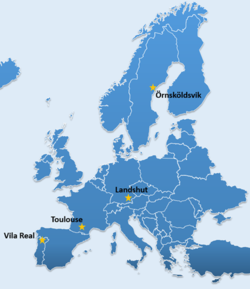 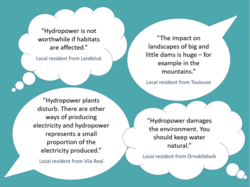 Figure 5: Quotes from respondents on ecological effects of hydropower facilities.

Our results indicate that diverse views on hydropower exist. Interestingly, we were able to identify common themes or perspectives that were present in all four case study towns:

In some case study towns, these perspectives were overlapping. For a detailed overview of results, find the complete study here.

Overall, our results indicate that the local residents of the selected case study towns largely accept hydropower in their regions. At the same time, we identified a small number of controversial issues. Some individuals among the respondents expressed very strong opinions regarding these issues. For example, a respondent with a strong preference for low electricity prices feared that modernisation of hydropower facilities comes along with price rises. This might also concern the installation of mitigation measures. Also, many respondents are critical of big multinational hydropower companies operating in their region, for fear they might not take into account the interests of the local population.

The most controversial topic and main point of criticism among our study respondents was the perceived negative impact of hydropower on fish populations, natural habitats and natural river functions. In all four case study towns, we identified groups that expressed concern about negative environmental effects. Some even rejected hydropower on this basis. To illustrate this, figure 5 shows some quotes of respondents.

Looking ahead, such points of criticism may drive public debates on hydropower and influence public acceptance in the future. In particular, ecological concerns may have the potential to cause resistance on the local level.